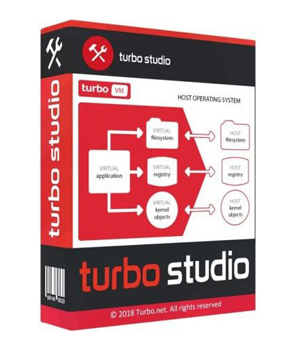 Turbo Studio – with this app you can combine files needed to make an app run into a package that is ready for use without deployment. The application allows you to create a virtual container and run programs in a virtual environment without the installation and make changes in registry and system.

Deploy Anywhere
• Deploy in standalone EXEs, traditional MSIs, on intranets with Turbo Server, or on the web with Turbo.net.

#1 in Compatibility
• Virtualize both 32-bit and 64-bit applications, databases such as SQL Server, services such as IIS, as well as DCOM and SxS.

Easy to Use
• Application templates and the new Desktop Import wizard allow painless migration of applications. Or, use setup capture to virtualize custom applications.