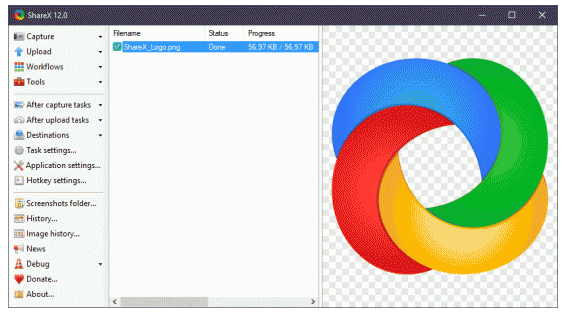 ShareX – can be used to capture full screen or partial screenshots, such as rectangle capture and window capture, as well as being able to record video using FFmpeg. Captured screenshots can be annotated and edited using the built-in ShareX image editor or modified using image effects and watermarks.

After capture, a screenshot can be autonomously exported as an image file, e-mail attachment, exported to a printer, to the clipboard, or uploaded to a remote host such as many popular image hosting services.