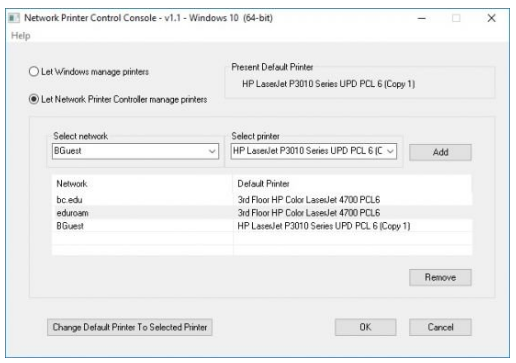 Network Printer Control was made to bring back the old default printer behavior; namely, the default printer stays the way you set it even if other printers on the network are occasionally used. It is simple and easy to use, especially if you are familiar with the process in Windows 7.