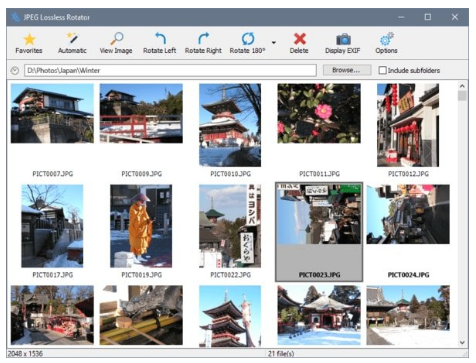 JPEG Lossless Rotator – When photos are taken, the camera or phone may be held in different positions, which means some photos need to be rotated to display correctly on the screen.

For rotating photos, most image editors decode the JPEG photo, rotate the bitmap and then re-encode it back to JPEG.

This process decreases the final image quality. Unlike those tools, JPEG Lossless Rotator does not recode the images and instead performs a special lossless block transformation, which helps to preserve the quality of the images.

In addition, JPEG Lossless Rotator has a simple multilingual interface and is very easy to use even for inexperienced computer users.