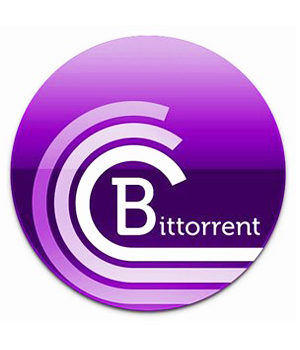 BitTorrent Pro – is a peer-to-peer file sharing (P2P) communications protocol. BitTorrent is a method of distributing large amounts of data widely without the original distributor incurring the entire costs of hardware, hosting and bandwidth resources. Instead, when data is distributed using the BitTorrent protocol, recipients each supply data to newer recipients, reducing the cost and burden on any given individual source, providing redundancy against system problems, and reducing dependence upon the original distributor. Usage of the protocol accounts for significant traffic on the Internet, but the precise amount has proven difficult to measure. There are numerous compatible BitTorrent clients, written in a variety of programming languages, and running on a variety of computing platforms.

The protocol was designed in April 2001, implemented and first released 2 July 2001 by programmer Bram Cohen, and is now maintained by BitTorrent, Inc.

BitTorrent identifies content by URL and is designed to integrate seamlessly with the Web. Its advantage over plain HTTP is that when multiple downloads of the same file happen concurrently, the downloaders upload to each other, making it possible for the file source to support very large numbers of downloaders with only a modest increase in its load.

Serving large files creates problems of scaling, flash crowds, and reliability. The key to cheap file distribution is to tap the unutilized upload capacity of your customers. Their contribution grows at the same rate as their demand, creating limitless scalability for a fixed cost. By using software that was built by the same team that invented BitTorrent, you are guaranteed access to the latest, most efficient methods of getting downloads to your desktop.